The Delfin Submarine Museum is the first authentic floating museum of its kind in Spain. The Delfin is an S-61 class combat submarine. It was kindly donated to the city of Torrevieja by the Spanish Navy when it was decommissioned. With the expert assistance of the staff at the Sea and Salt Museum, the Delfin has been wonderfully restored. In 2004 it opened its hatches to the public as the Delfin Submarine Museum and is now a harbour landmark.

Most regular visitors to Orihuela Costa are quite familiar with Torrevieja as it borders the area to the north. For those that aren't, it is just a short drive or bus ride along the N-332. The Delfin lies at anchor in the city's inner harbour and is a fun and interesting attraction that the young ones find fascinating. The sub measures 58 metres by 6.8 metres and could carry a crew of 56. With that many crew members on such a small vessel, submariners sailing on her had a maximum height limit of 1.7 metres tall. Even with these limitations it was a tight squeeze.

Due to the tight confines on board and the fact that the sub could remain submerged for up to a month, submariners needed to go through stringent mental and physical tests. Even with all these tests it was not uncommon for crew members to get a touch of ‘cabin fever' after long periods of confinement. During the tour visitors get to experience what it must have been like for these brave men with their tiny sleeping quarters, mess room and unpleasant ablutions.

Mechanical and electrical cables festoon the sub walls, torpedo bays take up the widest area and the Delfin's operational gear is a maze of buttons, dials and levers. When out in open sea the sub could reach speeds 15.5 knots and travel for a staggering 4, 500 nautical miles before needing to be refuelled. A tour of the Delfin Submarine Museum is very reasonably priced.

The Delfin Submarine Museum has different opening times throughout the year so it's best to call (966 704 643) ahead before visiting. On rainy days the submarine remains closed due to the slippery conditions when entering and exiting. The price of the tour is only 2€.

Casa La Pedrera enjoys a wonderful setting on the shores of Lake Pedrera. This beautifully built home gained instant fame when it was featured on the British TV series Grand Designs Abroad.
Read Me 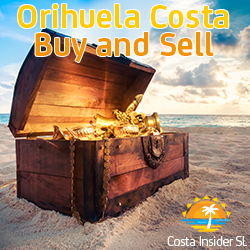